From the third world to the first world in a morning...

Had a nice flight from Colombo, Sri Lanka to Singapore on July 2. The route crossed the Bay of Bengal. It was 1,650 statue miles and smooth all the way in cruise (a few bumps on the descent).

We departed Colombo just after sunrise and despite being monsoon season, it was a beautiful morning. Wish I had more pictures on the climb-out.

Here is Josh getting our clearance at Colombo prior to departure…

Oddly, I look forward to being over the water, especially warm water. Yes, diversion airports are farther away in case of an emergency, but the advantage is a lower chance of thunderstorms, not much traffic to worry about, and generally direct routing. In a worst case situation, with the proper equipment, I’d rather do an emergency landing on warm water than off-airport on land.

Crossing Indonesia, we caught a glimpse of Mount Sinabung in an active phase after a large scale eruptions last week. The plume only extends to 14,000 feet, so we could fly right over it with no issues. Hard to get good photos, but it was an impressive sight…

I had expected the approach and landing into Singapore Seletar field to be pretty busy and challenging, but it turned out to be fairly typical. It is an unusual airport in that the airport does not have any bad weather approach procedures (instrument approaches), yet is home to lots of big aircraft including facilities that do heavy maintenance on Boeing and Airbus airliners.


After taxiing to our parking spot, our handlers (Universal Weather which is based in Houston…they have an office in Singapore) greeted us and had the fuel truck promptly to the plane. 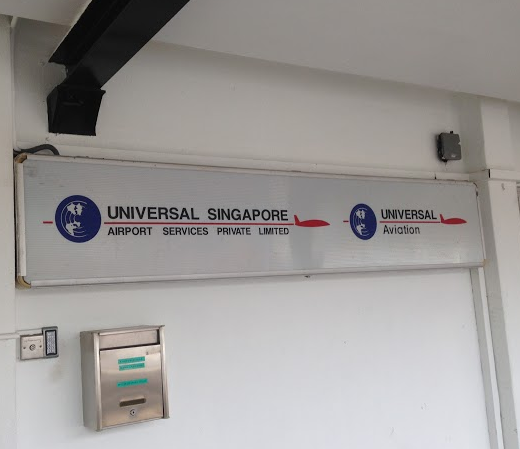 After half a planet of good weather, it looks like our next leg from Singapore to Taiwan on July 5 will need to be adjusted…tropical storm LINFA is forecast to be uncomfortably close to our intended route over the Philippines for a tech stop.


I spent most of today working out with our handler and alternative route via Vietnam which should keep us well clear of the storm if it behaves even close to forecast. We had not intended to visit Vietnam nor cross Chinese airspace, but on a trip like this you need to be ready to adjust.

Will send an update from Taipei in a few days.
Posted by Jack at 2:46 AM