July 10-11
There's nothing like international travel to make you appreciate the good ole U.S.A. It is great to be home!

We had two full days in "Dutch", not that there is that much to do here. Jack built an extra day into the month-long schedule in case we had any issues but we never needed it. We've been within an hour of our plan the entire trip.

This is the rainiest city in America, with rain and clouds 225 days each year. Our time there was no exception. We did a little birding, admired amazing wild flowers, drove around the town's 4.7 miles of paved road, and took our rental vehicle up gravel roads to explore WWII ruins. The U.S. military hadn't paid much attention to the Aleutian Islands until 1940 when they chose Dutch Harbor for a naval station. By 1942, it was one of three Aleutian island attacked by the Japanese. The airfield was constructed in nine days (and is the one we landed on!) and was used to support the efforts to reclaim Attu and Kiska. Native people on all three islands had been hastily evacuated and sent to miserable conditions in Southeast Alaska, where many died from lack of food, sanitation, and medical care. Meanwhile, 10,000 troops struggled through bitter winters and cold, wet summers, flying "blind" without radar or often even radios.

Unalaska's other claims to fame: America's number one commercial fishing port (and home to the Deadliest Catch reality TV show), home to the oldest cruciform-style Orthodox Church in North America, and the staging ground for Shell's deep sea drilling operations.

Onward to Jackson Hole. On Monday, Jack and Josh will complete the loop by returning to Austin. Becky and I will stay in Jackson Hole with the Secklers. I'll get some pictures uploaded and Jack will add some more flying posts. 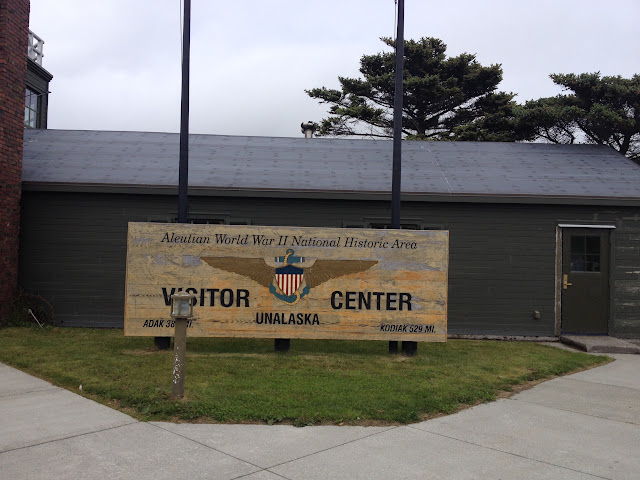