We had a long but great day today - Ephesus is a two-hour drive from Bodrum and we had a FANTASTIC professional guide. Founded in the 10th century BC and completely abandoned in the 15th century AD, its inhabitants have been ruled and raided on a regular basis by Greeks, Cimmerians, Lydians, Persians, Egyptians, Romans*, Arabs, Turks, and Anatolians. After earthquakes and silting from the nearby river eventually covered everything, the ruins were re-discovered in the 1800's. You can go online and read more about Ephesus, but in a nutshell, it's the largest collection of Roman ruins in the eastern Mediterranean, and less than 20% are excavated to date.

*It was during Roman rule that Paul wrote letters from and to the congregation at Ephesus, and St. John is believed to have traveled there with Mary, the Mother of Jesus, and to have written his Gospel and the Book of Revelation.

As a tourist attraction, it is a must see, and in spite of the crowds, it was clean and people were respectful. We were lucky to be there on a day when no tourist ships were visiting. After lunch we went in to the town of Selcuk and visited a rug cooperative where we learned about how silk is made, and watched women weaving, learned about double Turkish knots, and generally wanting every rug we saw.

Other things I learned today: from Jamie - split the entrée with your spouse and order an appetizer or a salad. From Giuseppe - great Italian pilots make GREAT Italian drivers. We said goodbye to our friends, the Caltabianos, who leave for two weeks of business in Europe as we head east to Oman. 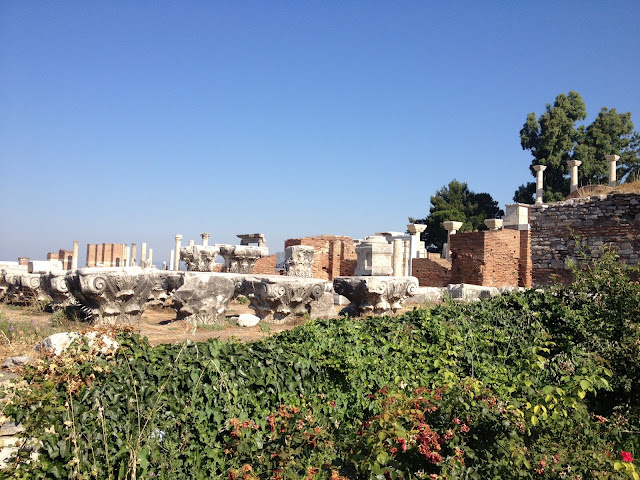 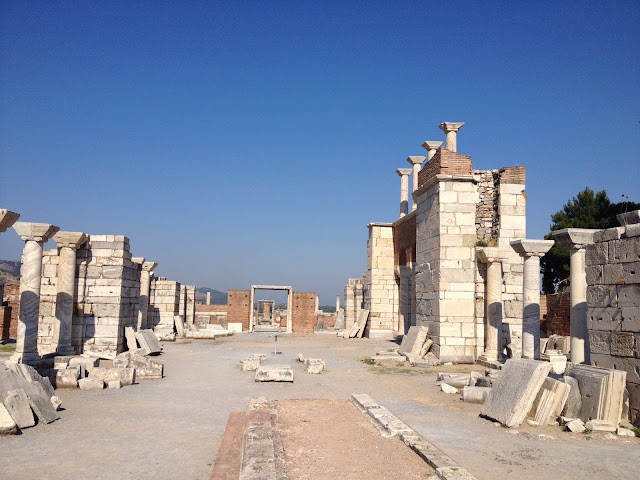 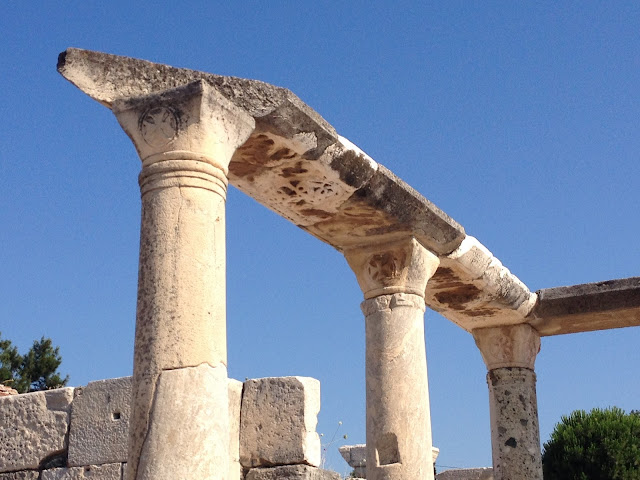 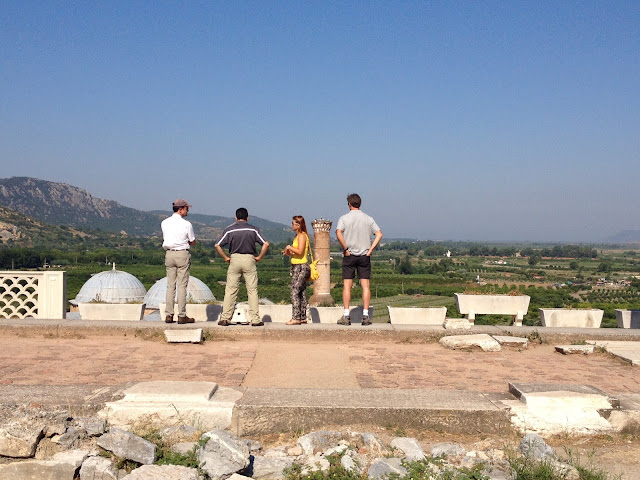 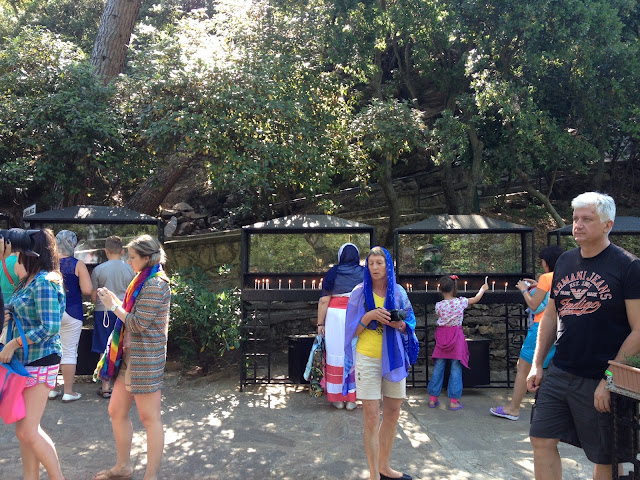 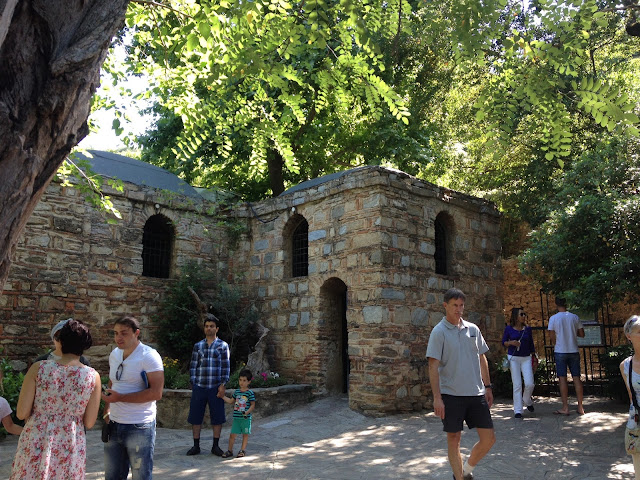 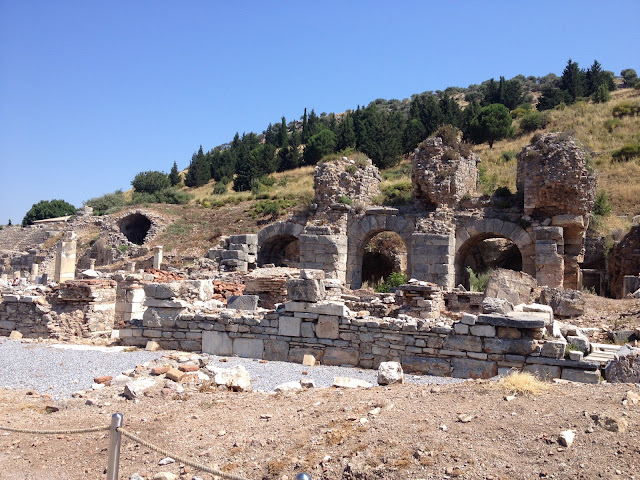 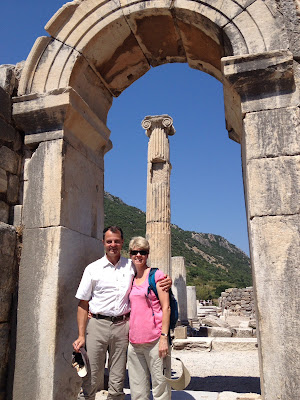 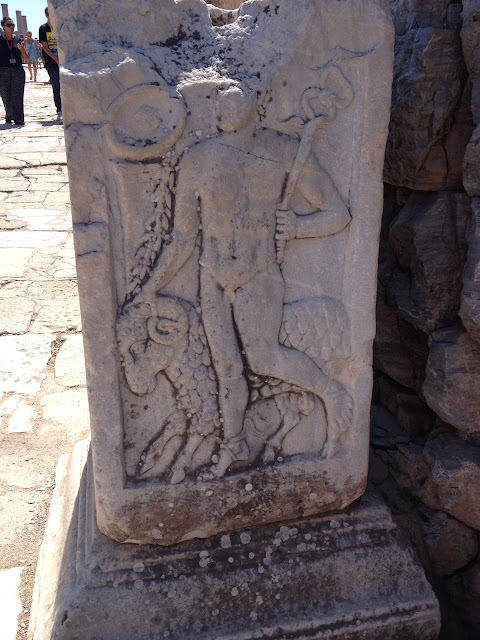 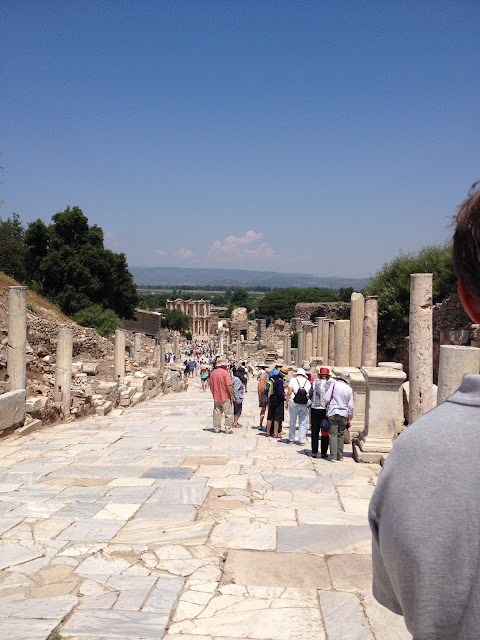 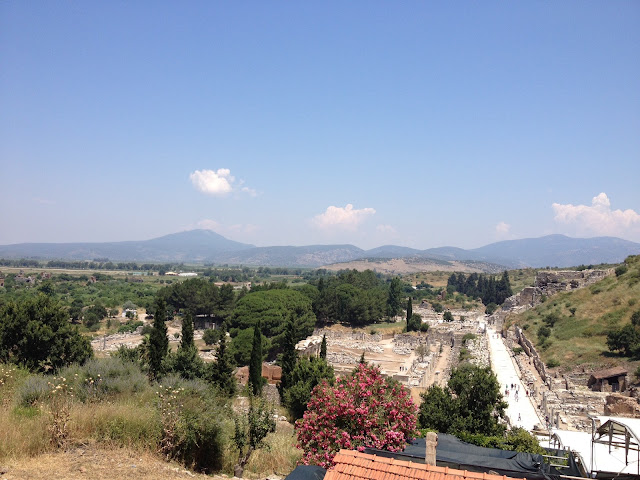 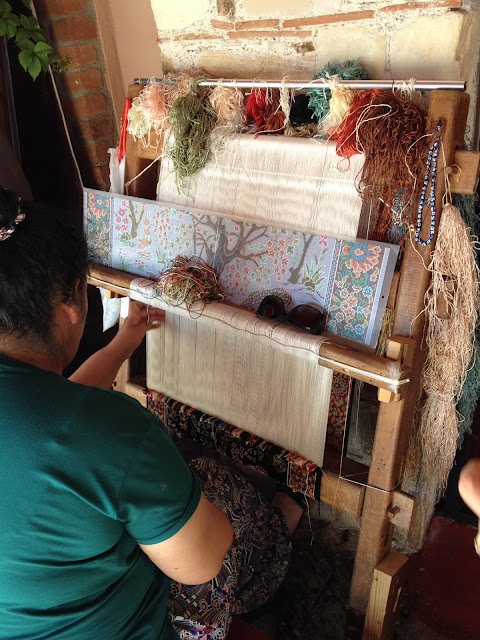