July 6-7
Becky and I spent two sweltering days exploring as Taipei. It is very hot and very humid, so a heat index right around 110. The guys stayed at the hotel yesterday, but will get their chance for heat stroke as the preflight the airplane for another early departure tomorrow. Believe it of not, we must leave the hotel at 2:00am to start the next leg. Why are we taking this trip??

Yesterday we birded our way through the Taipei Botanical Garden (are you detecting that we are creatures of habit?) and walked through Liberty Square, dedicated to Chaing Kai-shek, who led China against Japan in the Second World War, so one of the Allied powers, celebrated along with Churchill, Roosevelt, and Stalin. In 1949, he was defeated in China's civil war and retreated to Taiwan where he imposed martial law and ruled for 30 years.

Today we had an awesome UBER driver, (his name was Yesgo) who drove us to the Yangmingshan National Park, a striking mountain landscape towering over 3,000 feet above Taipei. It was slightly cooler with clouds rolling in and out of the green peaks. We saw the volcano steam vents, acres and acres of arrow bamboo "grasslands" (it's 7 feet tall), wild cattle, a few shrines and temples, and a handful of birds.

Yesgo lived in Dallas for two years and spoke good English and was genuinely happy to share his country with us. I think he was surprised to find us so interested in birds and plants and animals, and not shopping. 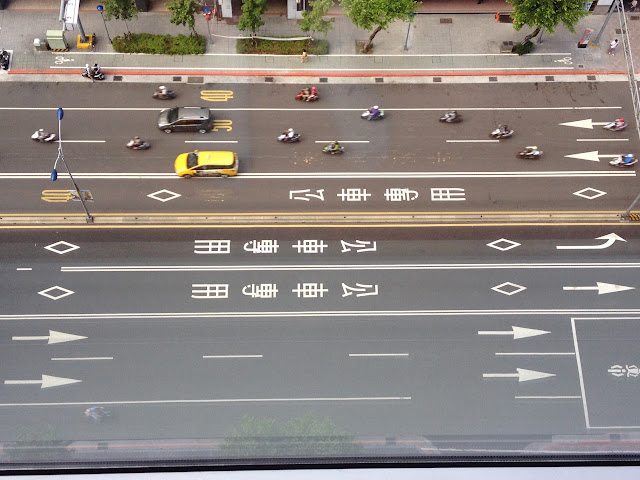 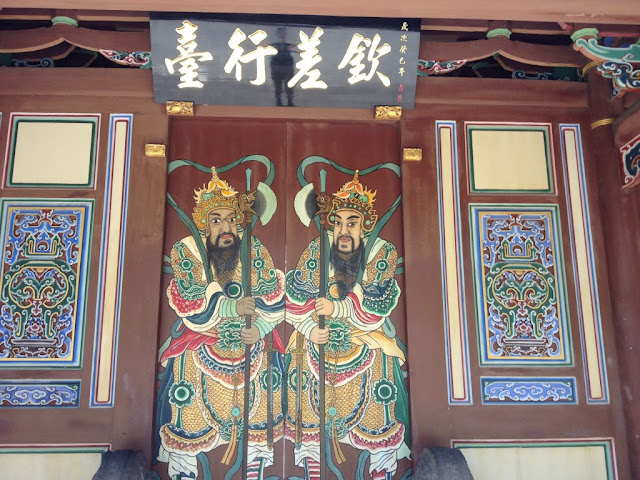